Should you risk alienating people in your copy?

We all want to be liked, don’t we? Being accepted, being part of the tribe, is fundamental to our basic human drives. Our primitive ancestors would die if they were rejected by their tribe. The need for acceptance is a survival instinct that’s still hard coded into us.

But do you need everyone to like you and your content? I spent many years craving acceptance that I never got.

When I reached my 40s I realised that a lot of the people whose rejection I feared weren’t even people I liked, so why was I worried what they thought of me?

Copy that tries to appeal to everyone fails to appeal to anyone. Do you think Apple would be so successful if they hadn’t been so conscious about standing apart from Microsoft?

By putting their flag in the ground and saying ‘This is who we are’, they told their customers who they can be. Using Apple’s products isn’t just a consumer choice. It’s an identity. As is my resolute dislike of them!

Do you think Apple cares that I don’t like their products and find them overpriced and overhyped?

Not even a little bit. They need people like me in order to create their tribe. To show their people who they are, and who they are not.

Where are you planting your flag and calling your people to you? 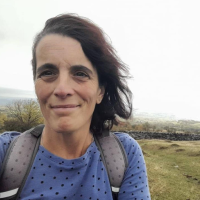 Esther Nagle Administrator
Email Copywriter and Strategist
Esther Nagle has been writing online for more than a decade. She has written blog posts, web copy, event descriptions, ebooks and physical books, social media copy and emails. She has trained with Copy School in Conversion Copywritng in emails, and now specialises in email marketing and strategy. When she\'s not writing, Esther can be found watching live music, walking in nature, playing Irish folk music on her purple violin, and hanging out with her son and crazy dog!
web
https://esthernagle.com
email
hello@esthernagle.com
follow me 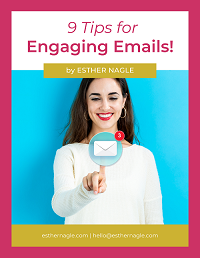 Get your free ebook now!

Thank you. Please check your inbox for your free ebook

When you join my mailing list, you will receive my regular updates with stories, insights, tips, and news. I will sometimes share offers and promotions of how you can work with me. I may sometimes share information about products or other people's services that I recommend.

I intend to make my emails to you engaging, interesting and helpful. If they aren't, you are free to unsubscribe at any time. You can read my privacy policy here

We use cookies on our website to give you the most relevant experience by remembering your preferences and repeat visits. By clicking “ACCEPT ALL”, you consent to the use of ALL the cookies. However, you may visit "Cookie Settings" to provide a controlled consent.
Cookie SettingsREJECT ALLACCEPT ALL
Manage consent

This website uses cookies to improve your experience while you navigate through the website. Out of these, the cookies that are categorized as necessary are stored on your browser as they are essential for the working of basic functionalities of the website. We also use third-party cookies that help us analyze and understand how you use this website. These cookies will be stored in your browser only with your consent. You also have the option to opt-out of these cookies. But opting out of some of these cookies may affect your browsing experience.
Necessary Always Enabled
Necessary cookies are absolutely essential for the website to function properly. These cookies ensure basic functionalities and security features of the website, anonymously.
Functional
Functional cookies help to perform certain functionalities like sharing the content of the website on social media platforms, collect feedbacks, and other third-party features.
Performance
Performance cookies are used to understand and analyze the key performance indexes of the website which helps in delivering a better user experience for the visitors.
Analytics
Analytical cookies are used to understand how visitors interact with the website. These cookies help provide information on metrics the number of visitors, bounce rate, traffic source, etc.
Advertisement
Advertisement cookies are used to provide visitors with relevant ads and marketing campaigns. These cookies track visitors across websites and collect information to provide customized ads.
Others
Other uncategorized cookies are those that are being analyzed and have not been classified into a category as yet.
SAVE & ACCEPT

Email Marketing is a great tool for generating income for your business.

But not if you only use it to sell.

You have to build a connection with your audience.

This ebook will help.

Get your FREE ebook today!

When you join my mailing list, you will receive my regular updates with stories, insights, tips, and news. I will sometimes share offers and promotions of how you can work with me. I may sometimes share information about products or other people's services that I recommend. I intend to make my emails to you engaging, interesting and helpful. If they aren't, you are free to unsubscribe at anytime.